Several weeks ago when my friend Suzanne stopped by for a visit, she asked if it was possible to start a lilac bush from cuttings.  My lilac bushes were just beginning to bloom and she mentioned she had an area in her yard where a lilac bush would be perfect.  I admitted I didn’t know, but didn’t think you could.  Well, I was wrong!

While commenting on one of my posts, Suzanne shared with me that she had found out lilacs could indeed be started from clippings.  I took the hint and Googled it.  The results were many.  After watching several videos and reading articles on how to do it, I set to work.

Next I removed all the leaves, scrapped the bottom of the stems to remove some of the skin to make rooting easier, and then recut each branch at an angle. 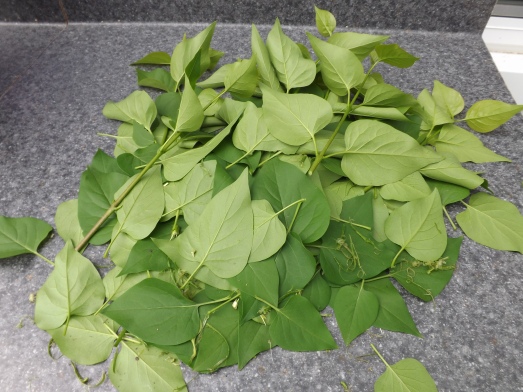 Once a branch was prepared, I pushed it into a pot of potting soil and watered the soil.

The final step in this process was to cover the pot with a plastic bag, giving the stems a warm, moist environment to grow in.

I put the pot in my greenhouse, and now the waiting begins. 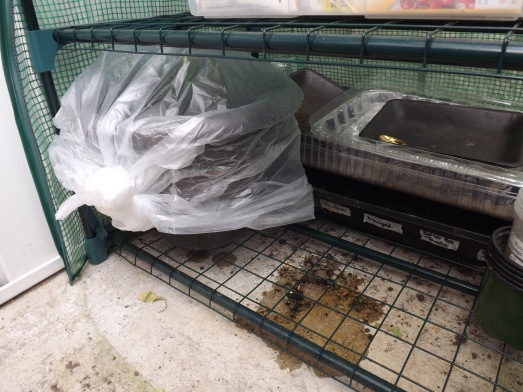 Supposedly it can take up to a year for a lilac bush to form enough roots for planting, but some signs of life on the stems should become visible in one to two weeks. The only thing I’ll have to do until it’s ready to plant is make sure the soil stays moist.

I have no idea how well this is going to work, but I love learning something new.  Any time I can share something with a friend I’m thrilled, and for this I am — Simply Grateful.